Many prophecies were given, details were made, instructions to follow and the timing of the birthing of this vision was crucial and to be respected. Many  times an individuals situation does not match the revelation (vision) given.  A visionary is one who sees the finished product before it is revealed.

Felicia held fast to the vision and now the revelation of the task that was given her is now a utopian foresight for all. The challenge of serving people in the death care industry is welcomed by her and the “Family” of Shannon & Malone Chapel Of Peace Funeral Home.

We are here to educate and render unique, economical, gentle and sincere service to all within the vast communities in which we will serve. Our staff is composed of individuals who know how to be servants which allows us to be Leaders in the death care industry.

Shannon & Malone Chapel Of Peace’s motto is – Where there is no vision, the people perish. The death care industry is rapidly changing and we must change as well as educate all. We invite all to share in our vision as we render a productive service to the communities. We look forward to giving back in many capacities and making a great impact on the lives within the communities.

Shannon & Malone Chapel Of Peace Funeral Home is an independent family funeral home that is owned and operated by Felicia who is the First Minority Black Female Funeral Home owner in the State of Colorado who is a Mortuary Graduate and a Licensed Funeral Director and Embalmer.

"And the Lord answered me, and said, Write the vision, and make it plain upon the tables, That he may run that readeth it. For the vision is yet for an appointed time, but at the end it shall speak, and not lie: thought it tarry, wait for it; because it will surely come, it will not tarry."

“We believe in Relationships, that every Life has purpose and should be Celebrated! 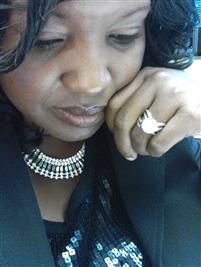 The Vision of Shannon & Malone Chapel Of Peace Funeral Home was given to Mrs. Felicia Malone- Williams in 1992, while she was in nursing school.

Felicia knew at the age of ten years old that to she wanted to be a Mortician and would often remind her father of her passion and dream to be one. Through many obstacles and life altering moments, she remained steadfast, optimistic and persevered through all, never losing site of the hidden task assigned to her. Realizing that many are called and few are chosen, Felicia understood that she was chosen to serve in the death care industry and cultivated her skills through education by obtaining her Applied Science Degree in Mortuary Science, intense and detailed training under seasoned Morticians over fifteen years. When you are chosen, you are set aside to do a particular task with the capacity for expansion and to be a strong contribution of resources within the communities you live and serve.

When a vision is given, it has time attached to it. It can be misunderstood by others who do not understand it due to their incapacity to receive. When it is given one must be humble, patient, and have a steady hand in writing it down, especially during preparation process of it coming to fruition. 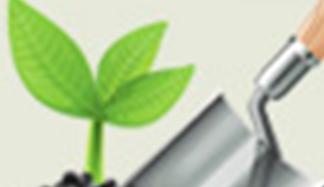