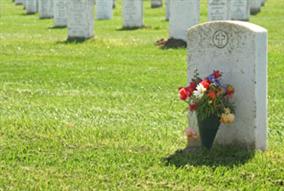 Our Memorials Have Changed

For many years, the way Americans commemorated the passing on of someone followed a certain pattern; First, the wake, then the church service and then the burial. Now, due to the shifting landscape, many things have changed over the years. Many Americans are deciding not to have an average memorial. They are deciding to mix things up, so to speak. Traditional memorials as have been held in the past are now beginning to change, thanks to what the person in question wishes to have as their last send off. Some are even deciding not to have a burial, but instead be cremated thanks to ecological concerns as well as final wishes. For some people, a traditional process is very expensive. There is also the issue of ethnic and cultural traditions that haven’t been thought of in the past. Those are also very important to not only the loved ones of the departed, but the departed themselves, which is why it’s very important to be sensitive to different cultural traditions. That is presenting somewhat of a challenge to more traditional providers of funeral ceremonies, but not to Shannon & Malone Chapel of Peace. We are open to whatever plans you may have for your funeral service to honor the memory of your loved one.

The Funeral and the Memorial

Funerals and Memorial rites are very different. With the more traditional burial service, there’s the wake, the church ritual (if that’s necessary) and finally, the burial and the reception afterwards. There is also the fact that the body is present at the funeral. With a memorial, however, the body does not have to be present in order to have it. It may be the wishes of the departed to be cremated. So, if they do wish for that, the burial is not necessarily, hence the importance of a memorial. If you wish for more information on memorial services, we will be happy to provide that for you.

The Importance of Memorial or Funeral Services

Commemorating an event, both happy, like a birthday and sad, like death have been part of our society for generations, since the beginning of human civilization. It’s important for those left behind to have some kind of service to celebrate the life of the departed, and to mourn their loss. It’s important to be able to express grief at the loss of a loved one. That is why some kind of funeral or memorial service is vital to those living to go on after the loss of a loved one. Death is a fact of life, and the funeral allows those living to adjust to their loss, since survivors are able to express their grief in a safe environment. It may never be known just how important it is to have that. According to many psychologists, it’s very, very important. Which is why having such a burial service is essential to those that survive.

Embalming the body depends on what service the survivors of the departed wish to have. If it is a traditional rite, then the body is embalmed because it delays the decomposition process and conserves the body long enough between death and what ceremony is decided on. The embalming process also enhances the appearance of a body that’s been traumatized by an accident or a disfiguring illness. However, the practice of embalming is optional, depending on if the survivors want a burial or cremation. If the option is cremation, then embalming isn’t necessary. If the option is a traditional service, then embalming is necessary. However, embalming is not required by law.

Not As Expensive As You Think

All life cycle ceremonies cost money. Birth ceremonies, weddings and memorials all are deemed expensive. However, compared to weddings, the memorial is really not as expensive as you think. Wedding ceremonies are rarely criticized for their expense, however memorials are, thanks to the fact that a wedding is considered a joyous event, and a memorial is not. There are many more details to a business devoted to memorial ceremonies than is known. The director deals with the family, doctors, ministers, florists and others and also there are other expenses like caskets to be considered. The assistance of the director, such as making arrangements and seeing to the appropriate forms are very necessary for grieving survivors.

Where Traditional Ceremonies Can Be Held

The personality of the deceased is becoming more important to how a memorial ceremony is organized. The family of the departed can use personal mementos, photographs, favorite music, prayers and remembrances from friends and family members to create a ceremony that is a celebration of that person’s life rather than focusing on their death. We also offer many options for customizing the ceremony that honors the life of the person deceased. Please ask us how we can help with this.

Options for the burial of the deceased are actually varied, although most

usually in a casket, with a headstone above the grave. However, most

there, rather than buried. Mausoleums are buildings designed to house the remains

of human beings above ground. Please ask if that option is something you wish 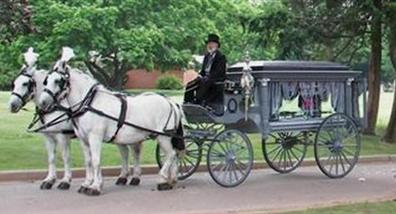